Review: Piece of my Heart 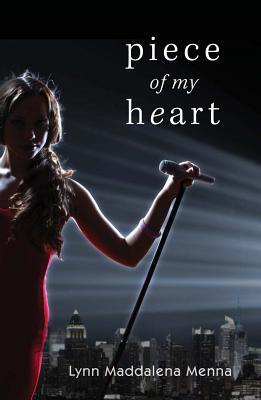 
Still in high school, Marisol Reyes gets the chance of a lifetime to be a real singer, and she leaps at it. After all, this is the dream she held on to, all the days and nights she spent growing up on means streets of East Harlem. Marisol never gave in--no matter what her boyfriend or her best friend had to say. Who cares if only one in a hundred pretty, talented girls make it? She will be the one. In her rush to fame, Marisol tramples on the heart of her loyal best friend, and Julian, the boy she loves. But will it be worth it?

One night at a private gig in the Hamptons, the little Latino girl with the big voice from East Harlem gets a severe reality check. A famous rapper who claims to be interested in her talents turns out to be interested in something else, threatening not only Marisol's dreams but her body and soul. Will the realities of the gritty New York music scene put out the stars in Marisol's eyes forever?


While reading a book about the music industry initially sounded very cool,there were too many things in this one that didn't work for me. I'm pretty sure I wanted to slap or shake or at least give bizarre looks to all of the characters at some point.

Let's start with Marisol, the main character. I really like that she was Latino, since the vast majority of YA novels focus on Caucasian young women. I also appreciated her ambition and desire to better her situation. However, that's about where my likes about her end. She was vain, whether it was how great her voice was or how cute she looked in such-and-such outfit, which got on my nerves very quickly.

The majority of Marisol's friends were even worse. I could never put up with such a group of drama llamas! Even Vanessa, who was supposed to be the sweet, nice one, drove me crazy with her drama! If your best friend wants to follow her dreams, you support her, not nag at her because she can't spend 4 afternoons a week with you! And her on-again-off-again boyfriend Julian was super annoying as well; he was very hot and cold and was constantly trying to hold Marisol back from following her dreams. I think my favourite character was Tatianna, mostly because she was a bit less dramatic than the others and because she knew her way around a sewing machine (mega bonus points).

I do appreciate that the music industry was shown to be very fickle and a tough place to make a living, which I'm sure is not very far from the truth. I completely agree that being able to sing isn't enough for a successful career. You need the whole package and a lot of luck. I'm not sure how realistic Marisol's career past was, but with the advent of the internet and videos going viral, I'm sure it's definitely possible. Also, the ending was pretty crazy. I knew something was up, but didn't guess the truth at all. I also liked the idea of Marisol having a singing alter ego, although I really with she could have come up with something more creative than Singer Girl. My person one I made up is Anna Arpeggio. Now if only I could sing on key...

Another aspect that I should mention is the inclusion of some thinly veiled commentary on current musical celebrities (young country superstar Taylor Fox anyone?). If you are the kind of person who follows celebrity gossip, then you may enjoy this aspect of the book.

Also, you can enter to win a copy for yourself right here!
Posted by Megan R at 4:00 AM

Email ThisBlogThis!Share to TwitterShare to FacebookShare to Pinterest
Labels: Lynn Maddelena Menna, Piece of my Heart