I'm excited to be taking part in the cover reveal of The Underground Witch by Debbie Dee. The cover is great, I love the look of the models eyes! 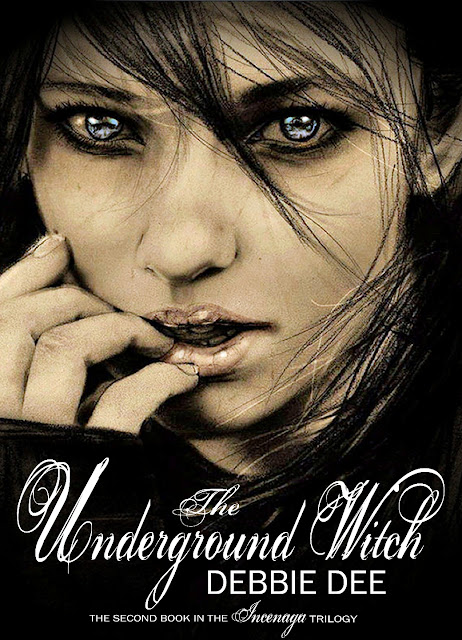 As the last of the Incenaga Witches, Emmeline has been tortured, abused, and forced to use her power to kill. But unlike the Incenagas before her, she has survived. With her freedom restored, she should feel safe, invincible even. After all, she has the protection of Erick’s army and a power strong enough to obliterate any enemy. Yet Emmeline lives in fear for the next person who will try to control her, and no one can seem to find the tyrant threatening to claim her.

Until it’s too late.
With everything on the line, and the enemy at her throat, Emmeline has no choice but to convince Erick she no longer loves him (or risk him following her) and disappear with the one person she vowed to hate. But when she finds a way to take back her freedom and fight for Erick, will Emmeline be able to use her power like never before? Even if it kills her?
In The Underground Witch, the second novel of the Incenaga Trilogy, Debbie Dee delivers enough adventure, heartbreak, and suspense to captivate readers at every turn.
Website – http://www.debbiedee.com/
Goodreads - http://www.goodreads.com/author/show/6535967.Debbie_Dee
Facebook - https://www.facebook.com/debbiedeeauthor
Twitter - https://twitter.com/_DebbieDee
Posted by Megan R at 4:00 AM