Solomon Alexander has faced huge obstacles during his existence, but they’re nothing in comparison to the one he’s about to hit head on. As leader of The Savannah Compound, part of Sol’s new position in the Coven of Landra is to guide the transition of fledgelings, newly turned vampires. It’s his job to save the unsavable. Being a Landra is what he’s done for over a century and he’s damn good at it, but everything he knows, practices and teaches is threatened when he is forced to drink from Avery Ferrand, a Blood Jewel.

The Blood Jewel is enshrouded with mystery, but one fact is known. There’s never been blood more desirable or addicting than Avery’s and there are consequences for any vampire that drinks it...including Solomon Alexander. Although he adamantly denies his need to feed from her, Avery suspects he’s lying but she has secrets of her own about the night he drank from her. She wanted him to and now she finds herself being drawn to Solomon in a way she shouldn't. As Avery’s desire to be closer to Solomon grows, she finds herself considering something more dangerous than being found by the dangerous covens hunting her...asking Solomon if she can become his Blood Doll. 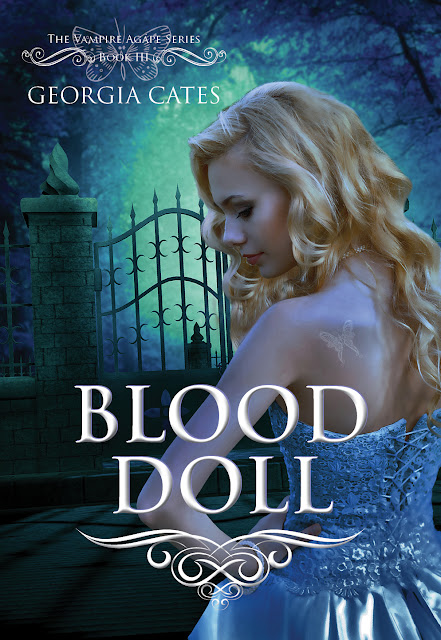 Just like the first 2 covers in the Vampire Agape series, the cover of Blood Doll is gorgeous. I'm a total sucker for girls in pretty dresses, especially with pretty scenery in the background. Plus, I'm excited for Sol to have a book!
Posted by Megan at 7:00 AM