Blog Tour: Scion of the Sun

I'm excited to share a guest post with you from Nicola Marsh, author of Scion of the Sun! I'm always interested by the research authors do for their books and I love to hear about all the cool stuff they've learned along the way. Read on for the guest post, some info about her new book and a giveaway! 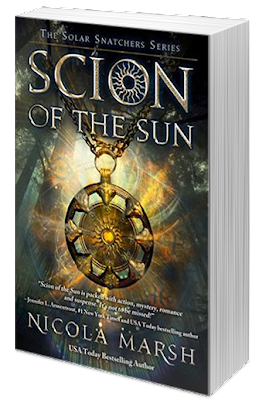 1. Crystals have so many uses.

2. Tom Welling is perfect inspiration for a sexy warrior.

3. Everything does revolve around the sun.

4. The Celtic calendar is based on solar equinoxes.

7. Astral projection/teleporting means you get to meet hot guys in two planes of existence.

9. Clairsentience means you can see the future, not the past.

A language based on sacred trees?! That sounds pretty awesome to me. I'm a big fan of the Celts actually. Thanks so much to Nicola for being on my blog today and I hope you enjoy the rest of the tour. 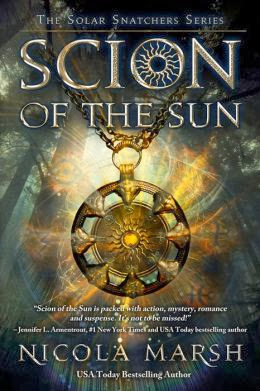 ABOUT SCION OF THE SUN:

When she least expects it, sixteen-year old Holly Burton’s unremarkable life is shaken to the core. A vision of the mother Holly never knew leaves her questioning everything she believes.

Eager for answers, Holly enrolls at a boarding school for highly gifted students in Wolfebane, New Hampshire. But things will get worse before they get better, as Holly accidentally transports to a parallel existence where she's confronted by a dark and ancient evil.

With the help of Joss, a sexy alpha warrior sworn to protect her, and her new BFF, the equally swoon-worthy Quinn, Holly faces her fears and an unlikely adversary in a showdown that is worse than anything she could’ve possibly imagined … 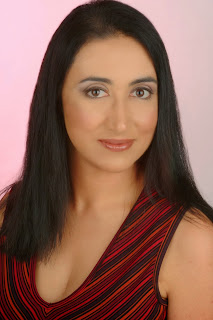 She has published 43 contemporary romances with Harlequin, Entangled Publishing and indie, and sold over 5 million copies worldwide. Her first mainstream romance BUSTED IN BOLLYWOOD was nominated for Romantic Book of the Year 2012. Her first indie romance, CRAZY LOVE, was a 2012 ARRA finalist.

Her debut young adult novel, a supernatural thriller BANISH, released with Harlequin Teen August 2013, and her YA urban fantasy series kicks off with SCION OF THE SUN, November 2013, with Month9Books.

A physiotherapist for thirteen years, she now adores writing full time, raising her two little heroes, sharing fine food with family and friends, and her favorite, curling up with a good book!


Giveaway
One (1) print copies of Scion of the Sun by Nicola Marsh and Endless by Amanda Gray, and one (1) $15 Starbucks Gift Card (US Only)


a Rafflecopter giveaway
Posted by Megan R at 5:00 AM No comments: 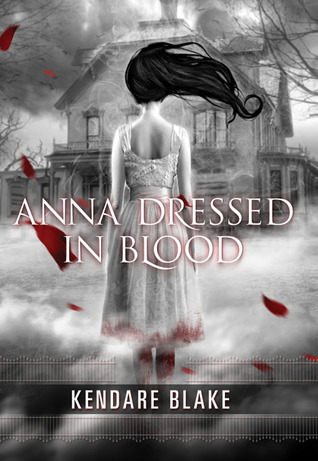 Review:
Anna Dressed in Blood is another case of a book not quite living up to the hype. Everyone I talked to loved it and as Halloween approached, it felt like everyone was talking about it as their favourite scary read. It didn't help that I also had the ending spoilered a bit.

Now, I didn't think Anna was a bad book. It just didn't come close to the hype surrounding it for me. I didn't really connect with Cas and at time I found his voice to be unrealistic, even for someone who's life is as messed up as his. Anna felt a bit flat to me; she didn't have tons of personality. She went from being crazy-ass-scary to feeling a bit bland to me.

The other major issue I had was with the romance. I kind of got blind-sided by it. While I wouldn't classify it as instalove, it felt very sudden for me. Maybe I'm really dense and missed some clues, but it felt like Cas woke up one day and was suddenly in love.

I did like the plot, although I wish Cas had killed more ghosts though the book. That part of the story reminds me of season one of Supernatural, which I loved. Also, the baddie at the end was pretty bad-ass. Voodoo freaks me out a bit anyway, which made things even creepier.

Overall, I'm finding this one difficult to review. I'm not sure how I would have felt if I'd read this one right when it came out, but as it stands, it was nothing special for me. With that said, I do still plan to read Girl of Nightmares and I already have a copy of Blake's new book, Antigoddess, which I'm excited for.

Don't Just Take My Word For It:
The Daily Prophecy | Xpresso Reads | Novel Heartbeat
Posted by Megan R at 7:57 AM 5 comments:

This is a common thing, but I rarely actually like the movie version of book covers. I like imagining my own faces for the characters, rather than having Hollywood stars planted in my mind before I even start reading. Today's example? Beautiful Creatures, which I own and still haven't read. Original is so much prettier than the movie cover. No contest this week!

I apologize for posting this a bit late, but here it is! Shifters month. Or werewolves. You pick!

So far I haven't fallen in love with any werewolf books. I did enjoy Skulk by Rosie Best, so that's going to be my recommendation for shifters. Because who wouldn't want to be able to shift into a fox to run around London thwarting evil! 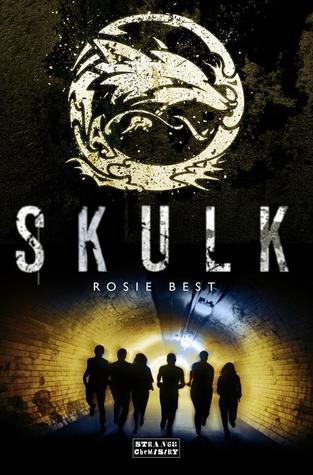 This month I'm planning to read Shiver by Maggie Stiefvater. I've read The Raven Cycle books and really enjoyed them, so I'm excited to try another Maggie series. Apparently at the end I will be posting an ugly-cry photo on twitter at some point in the series as per Maggie's personal instructions (seriously, she told me to and therefore it will happen). 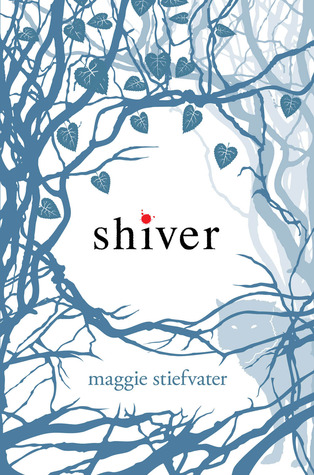 I can't wait to see what book you guys will be reading. Link up here!