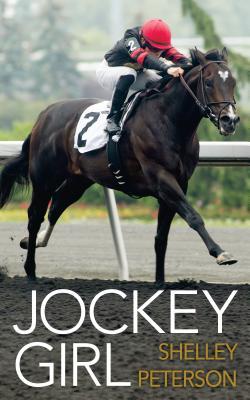 A teen girl’s quest to find her mother leads her to the big city, and gives her the courage to fulfill her dream of becoming a jockey.

Estranged from her classmates and an outcast at home, Evangeline Gibb feels alone in the world except for the affection of a talented but misunderstood racehorse named No Justice.

All her life, Evie’s been told that her mother, Angela Parson, is dead. Then, on her sixteenth birthday, a card arrives from her great aunt Mary with the suggestion that Angela might still be alive — and Evie’s life is turned upside down.

In hopes of winning enough money to leave her hateful father and find her mother, Evie enters the Caledon Horse Race. But something she overhears her father saying changes everything, and Evie steals the racehorse in the night and runs away.

With a stray dog named Magpie at her side and help from Aunt Mary, Evie unearths long-hidden family secrets, observes the underground world of drug addiction, goes toe-to-toe with her father, finds unexpected love, and takes the racing world by storm with single-minded determination.
Review:
I'm the kind of reader who loves horses, but often dislikes horse books. I find they tend to be sentimental and unrealistic. Jockey Girl came off unrealistic to me and also aimed toward a younger audience than I was expecting. With that said, I think I would have enjoyed it a lot when I was in elementary school. However, with that said, there is one aspect of the book that would require a bit more maturity as it deals with addiction.

The first thing that annoyed me was how terrible Evie's family was (expect for her little brother). Her father was basically pure evil and her step-mother was fairly useless and generally unkind. But it's a pet peeve of mine for the parents in a book to be that cruel and evil. I understand and appreciate that parents aren't perfect, but in the vast majority of cases, they do genuinely care about their children and have their best interests at heart.

The second thing that bothered me was that things all seemed to fall into place so nicely for Evie. Sure, she had a few obstacles, but I never true felt the stakes because I felt like the author wouldn't let anything truly bad happen.

I mentioned that the book felt like something from my childhood and part of that was that it really had a timeless feel to it and almost felt like it was set in the past because the characters hardly used computers or cell phones or even watched tv. Every once in a while something modern would pop up and it almost felt out of place in the story.

Overall, Jockey Girl was a bit to unrealistic, immature and predictable for me, but I think there are definitely readers out there who would really enjoy this one.