Review: Cradle and All 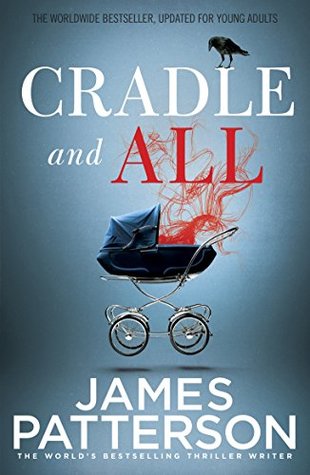 In Boston, a young woman finds herself pregnant--even though she is still a virgin.
In Ireland, another young woman discovers she is in the same impossible condition.
And in cities all around the world, medical authorities are overwhelmed by epidemics, droughts, famines, floods, and worse. It all feels like a sign that something awful is coming.
Anne Fitzgerald, a former nun turned private investigator, is hired by the Archdiocese of Boston to investigate the immaculate conceptions. Even as she comes to care about and trust the young women, she realizes that both are in great danger. Terrifying forces of light and darkness are gathering. Stepping into uncharted territory where the unknown is just the beginning, Anne must discover the truth--to save the young women, to save herself, and to protect the future of all mankind.

Review:
This book is not my usual genre and I think it showed. I enjoy books that strike a perfect balance between character development and page-turning action. Unfortunately, this one was too much page-turner and not enough depth. I think this can often go with the genre of thriller, which is not a genre I pick up often.

As I mentioned, this book was definitely what I would call a page-turner. The chapters are super short and the writing simple and direct and it was a quick read. There was enough suspense to keep me interesting and moving forward.

However, I think the speed and suspense came at a cost for me. I felt no connection to any of the characters. I think Anne was supposed to be the main character, but I didn't feel any connection to her. Her relationship with Justin was really flat for me and needed major development. Kathleen and Colleen were pretty dull as well, despite their bizarre conditions. Nicholas was probably the most interesting character, but he still didn't leave too much of an impression.

I think it's also important to note that I read an updated "teen" edition. I guess what made it a teen edition was the inclusion of more modern brands and items, like Frye boots and iPhones. I found these modern references a bit heavy-handed and obvious and I think I might have preferred the original edition.

This was my first James Patterson book and I'm not sure if I would try another. Like I said, it's not my usual genre, but I might give one of his newer books a try.

Email ThisBlogThis!Share to TwitterShare to FacebookShare to Pinterest
Labels: Cradle and All, James Patterson