Review: The Crystal Shard (Icewind Dale #1) by R. A. Salvatore

Akar Kessel, a weak-willed apprentice mage sets in motion events leading to the rediscovery of the magical device, the crystal shard. But is it merely an inanimate device... or is it capable of directing the defeat of Ten-Towns?

Or have the barbarians already arranged for that themselves? Their brutal attack on the villages of Ten-Towns seals their fate, and that of the youn barbarian Wulfgar. Left for dead, Wulfgar is rescued by the dwarf, Bruenor, in exchange for five years of service... and friendship. With the help of the dark elf, Drizzt, Bruenor reshapes Wulfgar into a warrior with both brawn and brains.

But is Wulfgar strong enough to reunite the barbarian tribes? Can an unorthodox dwarf and renegade dark elf persuade the people of Ten-Towns to put aside their petty differences in time to stave off the forces of the crystal shard?

Like all the other books about Drizzt, The Crystal Shard is great epic fantasy. Drizzt spends more time on the surface, with his great friends like Bruenor. Can I just say I love Bruenor and Regis and often they stole the show for me! Bruenor with his gruff, unwavering loyalty and bloodthirsty fighting spirit and Regis, well, he sure knows how to live!

Drizzt is subject a lot of prejudice from the people of Ten Towns. I don't blame them, Drow are generally evil, but Drizzt is an exception. Drizzt and his friends must work against the evil wizard Kessel and his source of power, the crystal shard. But don't worry, there's battles aplenty (and a dragon)!

My biggest qualm with this book is at times it was a bit too violent. Some of the battle sequences bothered me a little, but I think I'm just a bit sensitive.

Also, my boyfriend, who rarely reads, devoured the Drizzt books and fell in love with them. I believe there's over twenty books about this adventurous dark elf now!

The cover is very 'epic fantasy' to me and kind of boring.

Guenhwyvar, Drizzt's best friend and magical companion. I love her, she is so loyal and kick-butt!

Bonus:
Drizzt and Guenhwyyar have their own statue. True story. 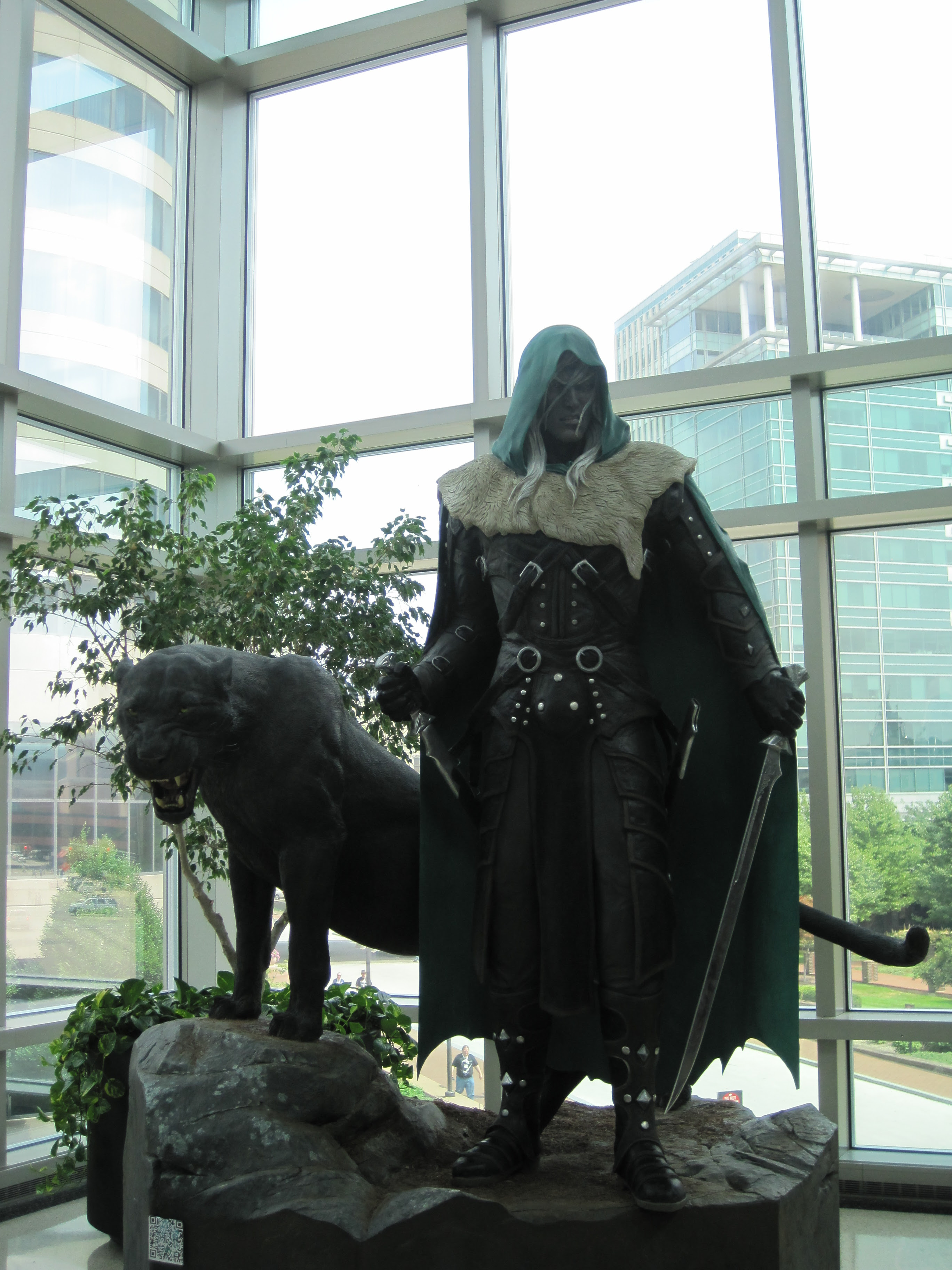 Email ThisBlogThis!Share to TwitterShare to FacebookShare to Pinterest
Labels: Drizzt, R. A. Salvatore, The Crystal Shard