Review: The After Girls 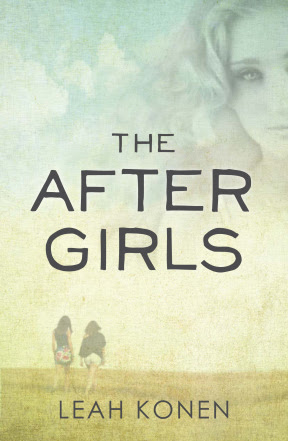 
Ella, Astrid, and Sydney were planning the perfect summer after high school graduation. But when Astrid commits suicide in a lonely cabin, the other girls' worlds are shattered. How could their best friend have done this--to herself and to them? They knew everything about Astrid. Shouldn't they have seen this coming? Couldn't they have saved her?

As Ella hunts for the truth, and Sydney tries to dull the pain, a chilling message from Astrid leaves them wondering whether their beloved friend is communicating from the after life. The girls embark on a journey to uncover Astrid's dark secrets. The answers to those questions--questions they never dreamed of asking--will change their lives forever.


The After Girls marked my attempt to switch it up and try more contemporary, issue books, rather than my usual fantasy/scifi/dystopian/paranormal reads. So I may interpret things differently that someone who reads a lot of contemporaries (but I still get my opinion, dang it!).

I went into The After Girls expecting a who lot of feels. However, I didn't get nearly as many as I was hoping for. The problem: I didn't connect with the characters. I think it was a combination of the 3rd person writing combined with their actions and personalities. Neither of them were people I would want to be friends with.

The other major problem I had was the parenting (or lack there of). Maybe I was an exception to the rule, but I was very close with my parents in high school. Not that I didn't spend tons of time with friends, but my parents were always there. Ella and especially Sydney were always going to parties and getting drunk. I know that's a reality for a lot of high school kids (myself included), but there were zero consequences! Sydney would go out to a party, pass out at the party, come home the next morning, then still be in bed at 1 pm  with her mother not willing to wake her up because she was cranky. What? If I did that, I'd be grounded for ages and ages! Sydney's mom, step-dad and little sister make appearances in only one or two scenes and Ella's mother in probably only two as well. I just think parents would be a much larger part of these girls' lives after the loss of their best friend. I know mine would have been! I think this may have been done to focus the book more on friendship than family, but I found it a distraction.

However, it wasn't all doom and gloom! I liked the character of Jake, although towards the end he annoyed me a bit. I actually liked Ben a lot as well, although Ella pissed me off with the majority of her interactions with him (but I'll give her a bit of a pass considering what she was going through). Max made me so angry, which I really think he was supposed to. There were so many times I wanted to slap him and give Sydney a good shake! And Carter, he was my favourite. Although he's too good for Sydney in my opinion.

My favourite part of the book was definitely the eerie feeling Konen managed to portray. I was hooked to find out what was going on with the weird, supernatural-y occurrences. And the ending did surprise me, which I always enjoy! So hooray for a good ending!

Overall, The After Girls is an eerie read with a good ending, but my lack of connection with the characters kept it from reaching it's full potential.

Email ThisBlogThis!Share to TwitterShare to FacebookShare to Pinterest
Labels: Leah Konen, The After Girls