Today I'm lucky enough to have author Jeanette Battista on the blog to talk about writing with a co-author, as well as share an excerpt from Dead Harvest.


What It's Like to Have a Co-Author by Jeanette Battista
Well, the best thing about writing with a partner is that I only have to do half the work I usually do. J
But really, the difference that I appreciate the most between writing with a partner versus writing alone is the brainstorming involved. If I’m ever stuck on a scene or character’s motivation, I just give Tracey a call and we talk through everything and I end up with a ton of ideas.
Writing alone can sometimes be difficult because I can’t get out of my own head. If I hit a block I just have to deal with it and write through it. I can talk to people about what’s troubling me--a character’s voice, a plot point, random stupid stuff I obsess over--but no one really knows the world and characters like I do. By having someone to bounce ideas off of who knows the plot, characters, and world as well as I do makes the writing much easier.
Tracey and I have been delving in the Underworld for well over a decade now and we have known each other even longer. We get each other's beats and humor, and we honestly enjoy reading and watching the same things. The highest compliment I got on this book was from my editor, who said she couldn't tell which one of us was writing any given chapter. That means we're doing something right. It also helps that we're both terribly straight-forward. If something doesn't work, we just tell each other. Nobody gets hurt feelings because these are just words on a page. Brutal honesty is part and parcel of our gig, and it works great for us!
Awesome! And also check out the excerpt below:
J surveyed the carnage, arms crossed against her chest. The store was a mess: the gangbanger's wild shots had blown out half the glass in the place, aisles were overturned, and gaping holes had been shot in the walls. And that wasn't even taking into account the blood and bodies making the floor a demented slip-n-slide. This was beyond a Balance Breach—it was more along the lines of a Balance Black Hole.

And it was all due—in part—to the idiot menace of a woman standing behind the counter. J gritted her teeth together in frustration to the point that she thought she might have pulverized a molar. If T wasn't still the best option for bait that she had, J would drop her into the darkest hole she could find and never let her out. One of the Reanimates—a grandmother in a track suit—turned milky eyes towards her. It bared teeth bloody from snacking on the huge man's prefrontal lobe and rose to its feet. J waved a hand at it and the creature fell through the hole that opened beneath its feet. She did the same to the other Reanimates, excepting the one T was currently wrapping in extension cords and duct tape.

Sirens wailed in the distance, growing closer. J walked to the doors, now just metal frames with the glass shattered by random gunfire, and took a quick look. She spotted the last thug, the one who had managed to escape from the teen Reanimate, dragging one of the gasoline hoses from one of the two pumps at the front of the parking lot closer to the racks of tanks that held propane.

"You want to help me with this?" T asked from her place at the counter.

J turned her attention from the young man outside for a moment and eyed T. The redhead had practically mummified the creature with duct tape, but it was still struggling ineffectually. T had thrown herself on top of it to prevent it from falling onto the floor and presumably wiggling away like some kind of undead silver inchworm. J waved her hand and the Reanimate, duct taped to within an inch of its unlife, disappeared through a port. She still had to figure out what to do about the bodies—did she want to port them too or leave them here as an explanation of the violence? Of course, the bite marks wouldn't be able to be explained away readily, but Mundanes were surprising beings. They'd come up with something.

J was not amused. 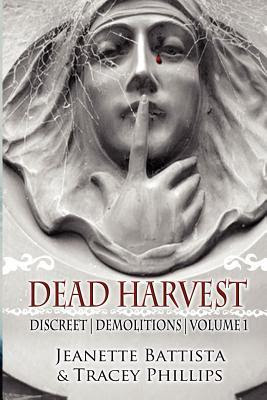 
Someone’s been raising the dead and it’s J’s job to find out who. As a detective operating in the Underworld, J—with her powers of shadow manipulation—is uniquely equipped for the job. What she isn't counting on is the help of an escapee from a mental institution who seems to attract trouble just by existing.


It’s up to J and T—two very unlikely allies—to find the necromancer and bring him before the Underworld Balance Magistrate for judgment before the human world gets wise to the dead walking among them.

Check out Leopard Moon on Amazon.com:
http://www.amazon.com/s/ref=nb_sb_noss_1?url=search-alias%3Daps&field-keywords=Jeanette+Battista&rh=i%3Aaps%2Ck%3AJeanette+Battista&ajr=0
Posted by Megan R at 9:21 AM