Blog Tour: There Comes a Prophet Who among us will cast aside a comfortable existence and risk death to follow a dream?

A world kept peaceful for a thousand years by the magic of the ruling vicars. But a threat lurks from a violent past. Wizards from the darkness have hidden their sorcery in a place called the keep and left a trail of clues that have never been solved.

Nathaniel has grown up longing for more but unwilling to challenge the vicars. Until his friend Thomas is taken for a teaching, the mysterious coming-of-age ritual. Thomas returns but with his dreams ripped away. When Orah is taken next, Nathaniel tries to rescue her and ends up in the prisons of Temple City. There he meets the first keeper of the ancient clues. But when he seeks the keep, what he finds is not magic at all.

If he reveals the truth, the words of the book of light might come to pass:

“If there comes among you a prophet saying ‘Let us return to the darkness,’ you shall stone him, because he has sought to thrust you away from the light.”

There Comes a Prophet wasn’t what I expected, but in a good way! I hate to admit it, but I judge books on their cover just a little bit and the cover of this one made me think of a weird science fiction. But it wasn’t! Also, the blurb threw me off a bit, as I was expecting wizards. Before you read this one, let me warn you that there are not, in fact, any wizards.

But don’t let the lack of wizards get you down! This is a classic dystopian, complete with a corrupt controlling government and purposefully ignorant masses. I really loved hating the Temple; there’s something about a theological totalitarian government that gets me extra riled up. At the same time, I found it tastefully done for the characters to be angry at the Temple, yet not entirely lose the religion they had grown up with.

Speaking of the characters, I thought they were also well-done. Nathaniel has very strong ideals and can be a little reckless, but he still struggled with doubts and guilt, making him an interesting lead. Orah had a bit of a Hermione-type thing going on. She was very smart and intellectually curious, which was definitely an asset to the group. And finally Thomas; I had a bit of a love-hate relationship with Thomas. Initially, he was my favourite, the goofy, fun-loving one. However, a few thinks occurred that just made me want to shake him! But, without giving any spoilers, I was pleased with him in the end.

I really loved the idea of the Keep, although parts of it were terribly sad (read it and you’ll know what I mean). My only complaint with this one is that the ending was just a bit too neat for my taste. It allowed me to shut the book and move on, rather than sticking in my mind like a really great book does. But other than that, There Comes a Prophet is a great dystopian read. 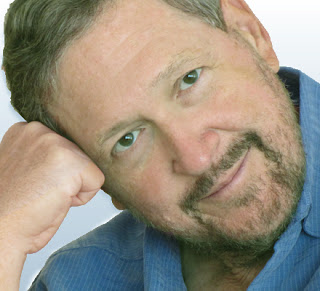 About the Author
The urge to write first struck when working on a newsletter at a youth encampment in the woods of northern Maine. It may have been the night when lightning flashed at sunset followed by northern lights rippling after dark. Or maybe it was the newsletter's editor, a girl with eyes the color of the ocean. But he was inspired to write about the blurry line between reality and the fantastic.

Using two fingers and lots of white-out, he religiously typed five pages a day throughout college and well into his twenties. Then life intervened. He paused to raise two sons and pursue a career, in the process becoming a well-known entrepreneur in the software industry, founding several successful companies. When he found time again to daydream, the urge to write returned. There Comes a Prophet is his first  novel in this new stage of life.

David and his wife split their time between Cape Cod, Florida and anywhere else that catches their fancy. He no longer limits himself to five pages a day and is thankful every keystroke for the invention of the word processor.

Email ThisBlogThis!Share to TwitterShare to FacebookShare to Pinterest
Labels: David Litwack, There Comes a Prophet