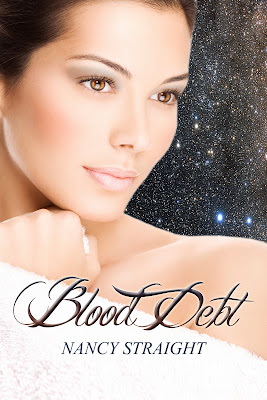 Her whole life, it had just been the two of them. Before her mother’s last breath, she gave Camille the information she had craved her entire life: the identity of her father. Daring to contact him, Camille was welcomed by an entire family she never knew existed. But nothing comes without a price, as she discovers when her family claims a legendary heritage tracing back to a Centaur touched by Zeus.

As she learns the secrets of her Centaur bloodline, she is drawn into a forbidden love with Drake. Her family acknowledges her life may be the blood debt required to pay for her mother’s transgressions. The same person who once held her mother captive, and forced her into decades of hiding, now controls Camille. Her only chance is to seek a piece of her mother’s past that will win her freedom and the life she desperately desires.

Megan, thanks so much for having me!  I’m a little nervous so if I say anything wrong you won’t actually post it for the world to see, right?  You will?   *eyes widen* Okay, now I’m nervous.

You recently lost your mother.  That must be really difficult.  How are you coping with the stress and grief?

Right, well, it’s hard.  But I didn’t lose her the way I thought I had.  Don’t get me wrong, she died and I was devastated.  Weeks went by and I was barely able to function.  It had always been just the two of us, you know?  But coping is much easier now that I know I’ll be able to see her and talk to her again soon.  *gasp at the look on Megan’s face*

No, Megan, not like that!  Don’t worry, I’m not planning to “off” myself or anything.  I have this medium-type ability.  I haven’t figured out how to work it yet, but when I do, it’ll be like I still have a piece of her.  Until then, my step-mother can talk to her for me.

As well, you just recently reconnected with your father.  How did you feel leading up to that first meeting?

I’ve never tried swallowing a bunch of spears, but the feeling has to be close to finding out you have a father you never knew about.  His name’s William Strayer and my mother hid us from each other until just before she died.  I wasn’t lucky enough to have an average father with an average life.  Someone I could just watch a NASCAR race with on Sunday.  *shakes her head* No, he had to be wealthy, with a picture-perfect family, and a life you only see on television.  I was a little worried that I would be a big fat disappointment to him.

Now that I’ve spent some time with him, all my worrying was for nothing.

You also recently learned you come from a centaur bloodline.  How crazy was it to find out about that?

I was sure my step-mother, Gretchen, needed a straight-jacket when she first told me.  At first I was humoring her, thinking that I didn’t want to give up my new family just because she was a little nutso.  I mean, every family’s got one, right?

*smile spreads across Camille’s face*  But then Gretchen got into an argument with my mom’s spirit and I knew she was telling me the truth.  Some of the Centaur stuff is really cool, other parts are, I don’t know. . . are very strange.

All right, on to the juicy stuff.  Tell me about Drake.

Drake.  *blushing*  How do you describe someone who would give up everything for you?  Not just material possessions, but someone willing to sacrifice his future, his family’s legacy, everything.

Drake is tall, his eyes are the shade of glaciers in Alaska – ice blue, and he has this way of putting images in my head that are *blushes a brighter red* life-like.

He’s fast, seriously fast.  When I met him, his speed kept me from doing a face-plant right onto concrete.  He’s a centaur, but not like the ones we learned about in school.  He’s not half a horse or anything, none of us are.

Final question.  What do you think the future holds for you?

I hope some peace, because I haven’t found any since the day I found out I had a father.  I miss California, so hopefully I’ll go there soon.  My grandmother is psycho so we’re watching out for her and hoping she doesn’t pop up again.  *sighs*  The only thing I know about my future is Drake will be with me every step of the way.

Thanks so much Camille for stopping by Megan Likes Books and enjoy the rest of the blog tour!

*hugs Megan*   Thanks so much for having me!

What a great interview with Camille, she is such a sweetheart! Be sure to check out the rest of the tour! 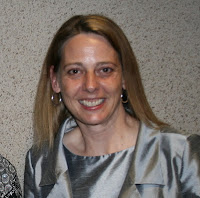 Nancy was born in Sioux City Iowa, left the cold of the Midwest in 1991 and only returns to see family in the summer time. She spent ten years traveling the world as a US Marine and settled in rural SC.  She has two fantastic son, three rotten dogs and an amazing husband.  When not writing she enjoys RVing with her family, swimming and reading all types of romance genres.  Her favorite is paranormal romance.

Find the Author: Goodreads | Twitter | Amazon | Blog
Posted by Megan R at 4:00 AM