This week I chose Icons by Margaret Stohl. While I haven't read Beautiful Creatures, it seems really popular and I'd like to read this one from one of the series authors. It sounds weird and creepy and awesome! 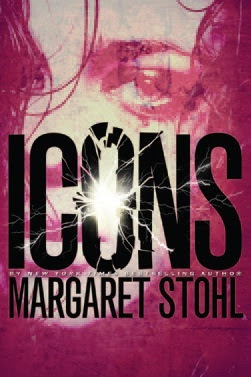 Your heart beats only with their permission.

What are you waiting on this week?
Posted by Megan at 5:00 AM