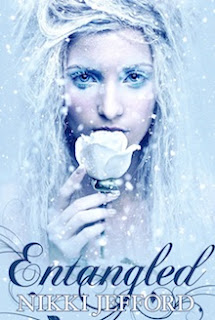 Until Gray finds a way back inside her own body, she’s stuck being Charlene every twenty-hour hours. Her sister has left precise instructions on how Gray should dress and behave. Looking like a prep isn’t half as bad as hanging out with Charlene’s snotty friends and gropey boyfriend.

The “normals” of McKinley High might be quick to write her behavior off as post-traumatic stress, but warlock Raj McKenna is the only person who suspects Gray has returned from the dead.

Now Gray has to solve the mystery of her death and resurrection and disentangle herself from Charlene’s body before she disappears for good. 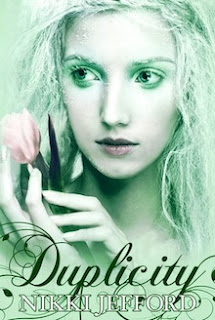 Spellbound Book 2: Duplicity - March 20th 2012
If Graylee Perez thought sharing a body with her twin sister was bad, dealing with a duplicate of herself is two times worse. Gray the second doesn’t seem to get that Lee’s boyfriend, Raj McKenna, is off limits. Then there’s the problem of Adrian Montez. He expects one of the Grays to be his.

Nearly a year later, the council is onto them for past misdeeds; Lee, along with the rest of the coven, has lost control of her powers; and Gray is being stalked by what looks like the Grim Reaper.

If they work together, they may stand a chance of setting things right and making it out alive. 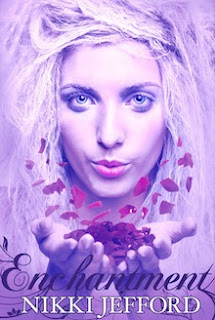 Spellbound Book 3: Enchantment - April 2013
In the third and final installment of the Spellbound series, Graylee Perez (the duplicate), goes to Spain for a summer of escape. There she meets new friends and comes face to face with her old adversary, Adrian Montez.

When Gray tries to setup a spell that will banish Adrian from her life, she inadvertently falls under a love spell instead.

Charlene returns, having hijacked a new body, for one final battle between the twins.

Today I'm excited to share with you an excerpt from the first book in the Spellbound series: Entangled.


IN THIS SCENE: After Graylee Perez is brought back to life she must pretend to be her twin sister Charlene while she’s stuck sharing her body. To “help” her out, Charlene has started a communications notebook instructing Gray on ‘How to be Charlene.’
“…for now I’m supposed to pretend to be Charlene?” Mom brought a notebook over. “Yes, and your sister left some notes to help you out.” Gray stared at the notebook a moment before taking it. She flipped it open.

NO MORE PIZZA, YOU PIG!!! I GAINED 2 POUNDS BECAUSE OF YOU!

No wearing your clothes in public. I will choose an outfit for you to wear to school on the days you’re me.

Hair must be worn down. No pig tails, pony tails, hair clips or goofy Princess Leia style buns on the side of your head.

No leaving the house without makeup. I have taped examples and tips in the following pages on how to create a smoky eye.

No speaking to anyone at McKinley who isn’t on the approved list (see the following pages). Don’t even think about trying to visit with your old friends unless you want to get us committed to an insane asylum.

Gray looked up, her face still contorted. “Did you read this?” Mom was putting away the brown sugar. “No, Charlene told me not to.” “And you listened to her?” Mom looked directly at Gray. “She said it was private.” More like psychotic. 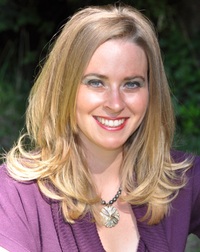 Nikki married Sébastien, the love of her life, while working as a teaching assistant in France. They now reside in the not-so-tropical San Juan Islands, 70 miles northeast of Forks, Washington.